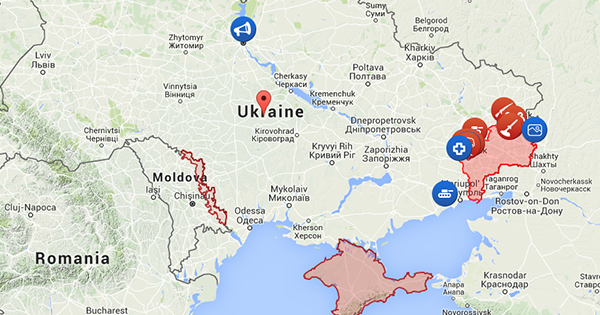 It includes latest news from different sources.
In case if it not opens at once (it's because of a big traffic), be patient and click on a refresh button several times until an interactive map on the LH side and a text line on the RH side will appear.

I found a thread over on Daily Kos with people posting the latest updates, near real time. You need to consider what is factual since there's no moderator over the thread. 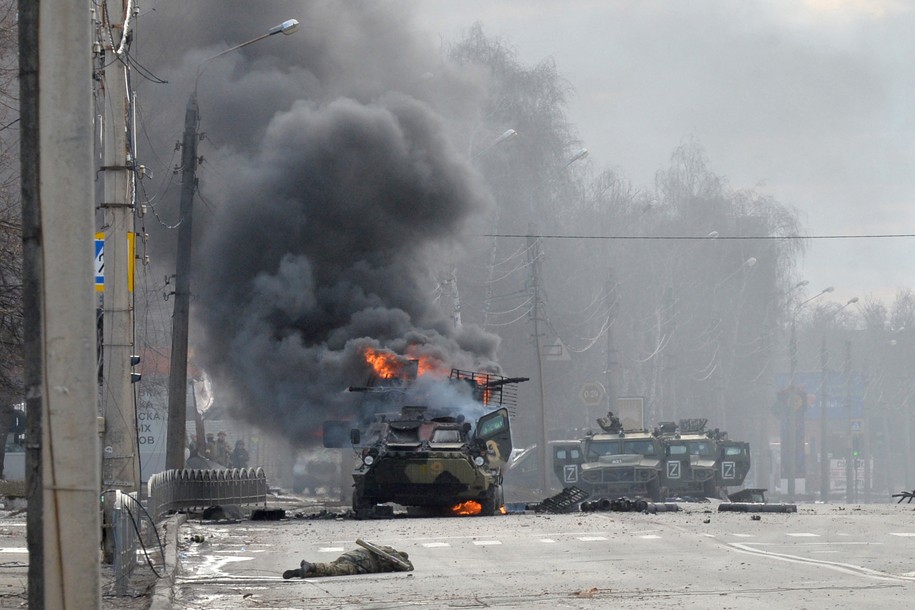 Ukraine update: What the f**k is going on with the Russian military?

The fighting in many parts of Ukraine has been tremendously hard. Ukrainian soldiers have proven themselves incredibly tough and fearless, as have Ukrainian civilians. By now, the videos of Ukrainians driving up to Russian tankers to chastise them for...

A coupe of major points.

* Putin met with his two top military commanders and told them to prepare the nukes. His joint chief of staff , top of all military, told him to forget it, and resigned. He's expected to soon fall out a window. A later post said that news is Ukrainian propaganda, so unconfirmed. We shall see ....

* Lots of discussion that Russian corruption is so severe that the invasion forces don't have the resources one would expect. No communication capability between separate patrols that were told to take separate back roads for example. The locals are picking these separated units off like our Revolutionary War, since the Russians can't call in air support or reinforcement when they are in trouble.

* Invading forces are now passing long lines of destroyed tanks and troop carriers as they enter the country on principal highways. Demoralizing.

* Invaders may have been told they were called up for training exercise only. When they were sent in without adequate instructions, they can be ineffective against people they are probably related to, so some surrender.

* Ukraine's strategy to fight the invaders inland instead of at the borders as Russia expected, stretches the invaders supply lines. There are some tanks that ran out of fuel abandoned along the roads. the invaders are likely hungry, where are their field kitchens?

* There's some chance the demoralized Russian army has so many phantom troops - due to corrupt paymasters - that parts of the army could evaporate like the Afghan army did, when they see they are getting chopped up.

* Overall, this thread illustrates a theory that Putin miscalculated how much corruption at all levels weakened what he thought was a powerful army. And he is losing support from his suddenly-impoverished oligarchs. Slight chance they might take him down.

Well worth reading for up-to-the minute commentary, and I think nearly all of the comments are credible. Hours ahead of the media!

It looks like if the Ukrainians can hold out for a few days, most of the invasion could collapse. No fuel, food, communications. Outdated orders impossible to accomplish.

Sounds good but fearful that Putin would resort to nukes to save face?
D

Schrute Farm said:
Sounds good but fearful that Putin would resort to nukes to save face?
Click to expand...

I would hate to think about what that would trigger off.

Schrute Farm said:
Sounds good but fearful that Putin would resort to nukes to save face?
Click to expand...

Hopefully there's people there who are sane and will put a stop to that craziness...

If the Ukrainians show real determination, and they are already showing it, and defend their country in such a way that they may even take the initiative of the military into their own hands, it will be the course of events that will make Putin a madman. In that case, he can use a nuclear weapon against any NATO country that is not even involved in the conflict. He will say that's for the sanctions, for a help to Ukraine, for a hostility to him. This is a man who can desperately take any action but will refuse to lose.
What the world feared to happen and did everything it could to prevent it from happening from early 90s, that had happened - a nuclear weapon got into the hands of a madmen.

There is no way out - neither with Ukraine's victory, nor with it's defeat. In both cases - a hell.

Putin's goal is to create a new state based on the territories of Ukraine, Belarus and Muscovy (meanwhile so called Russia) with a capital in Moscow. And that has nothing in common with a NATO extension.

Piece of interview for CNN (translated from Lithuanian):
"Russian forces are constantly approaching Kiev, they are infecting the whole country like pests. They are constantly moving, they do not even stop gathering their bodies of the dead, and over 5,000 Russian soldiers have already died, although only 5 days of war have passed," - Vasylenko said in an interview with CNN.

"The Russians do not gather their bodies, they do not send the dead home. This is another challenge for Ukraine, as if we had nothing to deal with: Russian fighter jets in the sky, their missiles hitting our civilians right on the streets, and we still have to take care of the bodies of their dead soldiers! This is madness. It seems that they are completely dehumanized, they are just moving forward like wild with the only goal: to destroy Kiev and Ukraine," - said a member of the Rada.

"Our children are under constant stress, sleeping under the stairs, in the basements, in the metro stations. Every morning we get up and enjoy seeing the sky, the sun and knowing that we are alive in an independent Ukraine that is still alive." - Vasylenko said.
R

With the financial pressures now in place against "selective" Russian banks. and the continued news from open internet social media sources, one can hope the Russian people take matters into their own hands.

riptides said:
With the financial pressures now in place against "selective" Russian banks. and the continued news from open internet social media sources, one can hope the Russian people take matters into their own hands.

True but Putin has access to ALL the banks so selective isn't the answer.

Schrute Farm said:
True but Putin has access to ALL the banks so selective isn't the answer.
Click to expand...

The financial pressures really work as riptides stated. We already can see rising people's dissatisfaction there. But Putin still doesn't care. It looks like he has additional financial sources, maybe gold/currency exchange thru China or other Asian countries and banks. Who knows.
D

Here's a little snippet my wife sent me earlier. Farmers ran off with a tank

I have had the accounts on Facebook and on Twitter. They are blocked now. I know, it was done by administration of those website providers, due to the intervention of kremlin trolls, because I was supporting and otherwise sharing the news about Ukraine from 2014.
Yes, within and after the Capitol attack on January 6, 2021 I was publishing the pictures of Russian speaking men and women who in my opinion participated in that event very actively. They were concentrated near-by so called gallows pole and publicly called to kill Mrs. Nancy Pelosi and Mr. Mike Pence. Maybe that was my fault. Although I didn't invite anybody to violate the law. Later I've seen the pics of the same men and women published in the American media with the suspicions.
I'm not alone, there are many more folks in the world like me, who were shut up by the pro-terror website providers based in the most democratic country. And I will never come back to those pro-Putin providers, although they were calling me to do so.

Recent important events from my point of view.

Yesterday. The Russian Foreign Ministry: Those who supply Ukraine with lethal weapons will bear the consequences.

This morning in the UN Human Rights Council more than 140 diplomats refused to listen to Russian Foreign Minister Lavrov’s futile attempt to justify unacceptable military aggression. They walked out.

Dftodd said:
Here's a little snippet my wife sent me earlier. Farmers ran off with a tank

Yeah, Ukrainians is a nation with a special sense of humor, even if they do not understand themselves that it looks funny.
For instance, when the Gipsy nation guys peacefully seized a tank from Muscovites, it made us laugh. Only they know, how could they do that? They will be rewarded by government for that.
The farmers are seizing tank-trucks, dismantling the cranes, dozer blades from the destroyed military vehicles. They say the God sends them what they need so much. 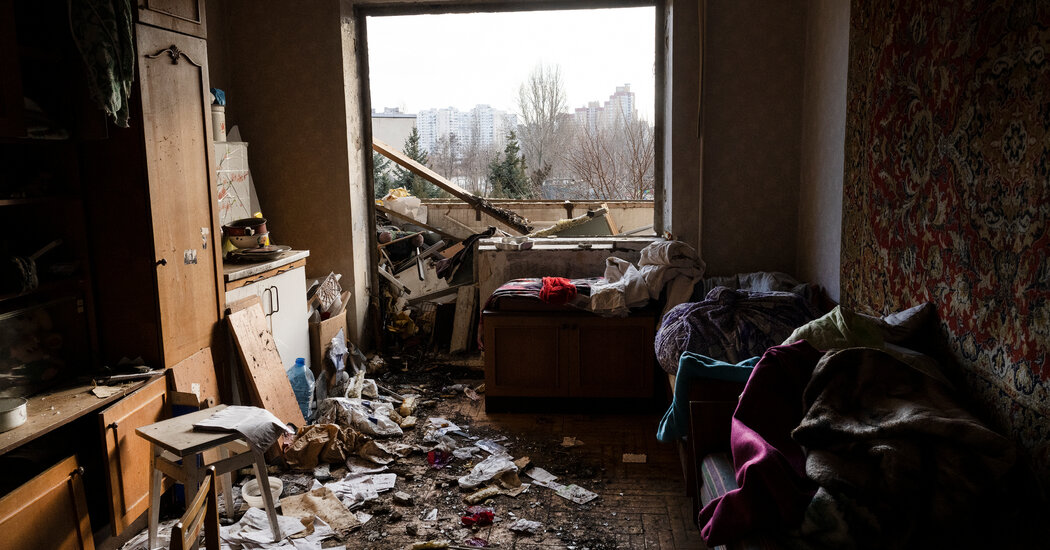 Why the Chinese Internet Is Cheering Russia’s Invasion

As the world overwhelmingly condemns the assault on Ukraine, online opinion in China is mostly pro-Russia, pro-war and pro-Putin.

As of an hour or so ago, the EU has welcomed Ukraine into it.

riptides said:
As of an hour or so ago, the EU has welcomed Ukraine into it.

And, As of an hour or so ago, the EU Court of Human Rights orders Russia to stop bombing and shelling civilian targets in Ukraine.

Russian ruble now .01192 against the US Dollar.

Kyiv TV tower, which has just been hit by a Russian missile, is situated on the territory of Babyn Yar. On September 29-30, 1941, ****s killed over 33 thousand Jews here. 80 years later, Russian ****s strike this same land to exterminate Ukrainians. Evil and barbaric.

After the totally unneeded federal election we just had thanks to Turdeau trying to win a majority government and which cost us $600 million, $100 million is a pitance. We should have given them a billion!

What a two face liar Cheeto is!